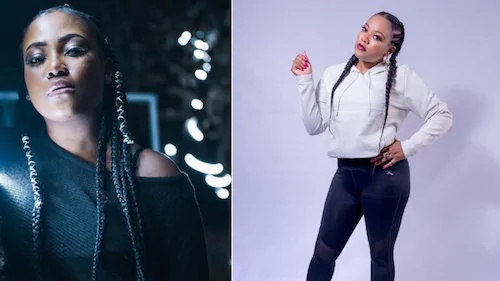 The death of another musician leaves the South African music industry shaken once again. Local house vocalist, Nichume Siwundla, has been confirmed dead after an apparent suicide at a friend’s place.

The death of house vocalist, Nichume Siwundla, famous for her hit track Bhutiza, has left everyone saddened

Her record label, Top Chap Media, released a statement on Friday, 7 June, confirming the tragic news. Nichume was found at a friend’s place after taking her own life, according to TimesLIVE.

The singer’s mentor, Mobi Dixon, was hit very hard by the news.

“I’m distraught. I will remember Nichume as a bright light at Top Chap Media where we signed her. She was not only my first artist, but we had grown so close in the past three years that she became my little sister. She truly is gone too soon. May her soul rest in peace.”

Nichume’s brother, Qamani, says her family is in disbelief and have many questions about the circumstances of her death.

“We, as a family are in absolute shock as to what has happened. Learning that your sister has succumbed to emotions and taken her own life can never rest well. We obviously are left with a lot of questions but also know that she had one of the strongest characters in the family and whatever she was feeling at that moment triggered immense hopelessness.

“We stand united as a family regardless. Nichume was so loved and appreciated. We’re proud of all her achievements.”

Legit.ng noticed that tributes have been pouring in since news about Nichume’s passing came out.

How do I continue without you

Thank you Minister. It is very important to show empathy for the family and friends of those who have passed on. Please ignore the insensitive comments of people who have lost their cultural heritage and keep up the spirit of ubuntu. #ripnichume

We’re deeply saddened by the tragic passing of a shining star & celebrated musician Nichume Refeloe Siwundla – a talented daughter of the soil whose lovely voice reverberated in our hearts & gifted us lasting memories. We send our deepest sympathies to her loved ones. #RIPNichume

Family says it was suicide. #RipNichume

Please let’s each take care of our mental health and wellbeing.

My deepest condolences to loved ones and family. #RIPNichume

May her gentle soul rest in peace.