New York (CNN Business) – Huawei is a major, multinational company that does business with some of the most important technology and telecom businesses in the world. It’s also a central player in the push for 5G, the next generation of wireless networking.
That kind of clout is going to make it really hard for the United States to stop Huawei’s momentum.
It’s not that the White House hasn’t been trying. Last month, it banned American companies from using telecom gear from the Chinese tech company — a source that Washington has long considered a risk to national security. And the US government is also banning Huawei from buying US goods without a license. Huawei denies that it poses a security risk.

As President Donald Trump and China’s Xi Jinping prepare to meet this weekend at the G20 summit in Japan, the United States has to consider whether it’s worth including Huawei in any deal between the two economic superpowers, especially if government officials think the tech firm could harm national security interests.
But Huawei also might just be too influential for the immense amount of pressure coming from the Trump administration to work.
“This is a $110 billion company that is really too big, in some sense, to be killed in this manner because it’s too tightly intertwined with the supply chain and with standards and with critical infrastructure globally,” said Paul Triolo, global technology policy director at Eurasia Group. 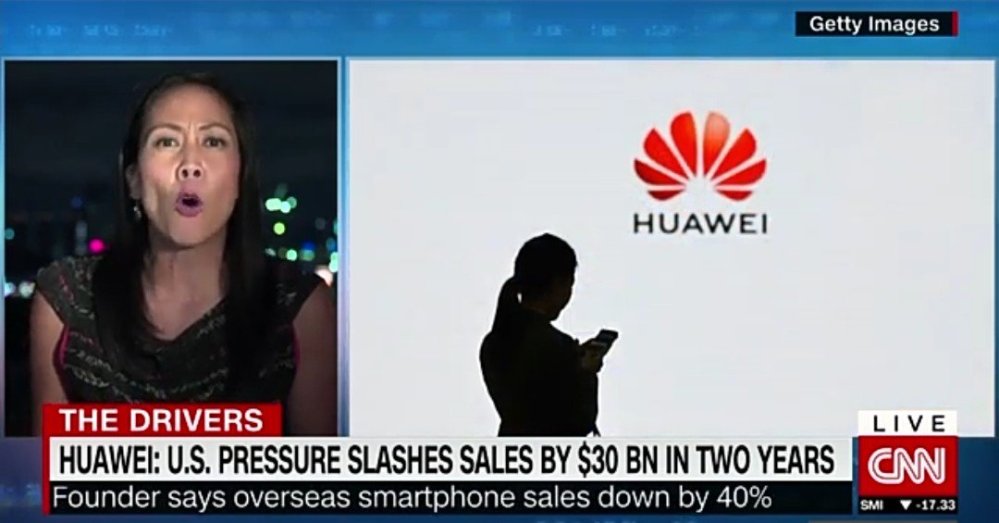 5G and wireless infrastructure
Huawei is the world’s largest telecom equipment provider and it has invested $2 billion to research and develop 5G products. It also says it has already signed 50 commercial contracts spanning 30 different countries for 5G technology.
The American government wants to push Huawei out of that coveted position because it fears the company’s gear could be used by Chinese intelligence services to spy on other countries, a claim Huawei has denied. The United States has also been urging its allies to take similar actions to curb Huawei’s ambitions.
But it wouldn’t be easy for companies that already use Huawei to just switch to another equipment provider.
Huawei’s equipment already forms the infrastructure for the 4G networks of many major wireless carriers in Europe and other parts of the world, which will make the transition to 5G faster and cheaper. In Europe alone, the inability to use Huawei equipment could cost wireless carriers $62 billion and delay the deployment of 5G by about 18 months, according to estimates from the mobile operator lobbying group GSMA.
Huawei’s absence in Europe and other developed markets would leave a huge gap in the market. That might not be one Huawei’s competitors would be able to scale up quickly enough to fill, said Triolo, the Eurasia Group expert.

“If they suddenly can’t count on Huawei to be there, they have to consider basically ripping out all of their base stations,” he said. “You have to figure out the replacement costs, and the price increase because the other competitors are more expensive.”
The worst case scenario “is that we never get to 5G because of the cost,” Triolo said.
In the United States, Huawei’s equipment serves only a small percentage of networks. But those customers — small, federally subsidized wireless networks — have relied on the fact that the gear is up to 40% cheaper than other companies’ equipment, according to the Rural Wireless Association, a trade group for small carriers.

Switching Huawei equipment out in those markets could cost $1 billion, according to estimates from that group. Huawei’s US Vice President of Sales William Levy sits on the RWA board of directors.
The ban on buying from Huawei left those rural American carriers scrambling for new options, though they’ve been granted a temporary reprieve from the policy.
Other companies, like competitor Nokia, have talked about replacing Huawei as a supplier in America and elsewhere. But Nokia, which is smaller than Huawei, also acknowledged there are challenges.

“Uncertainty in general is not good for business,” said Tommi Uitto, president of mobile networks at the Finnish company, referring to the political situation surrounding Chinese suppliers. “Some of our customers may be delaying their decisions. If you have an operator who has Nokia and a Chinese supplier, then this current situation may delay their own decision-making.”

Harm to American companies
While Trump considers a trade deal, he may also need to take into account that American companies rely on Huawei as a customer.
Huawei purchased $11 billion in American goods in 2018, such as chips from Intel and Micron, and software from Google.
Before the export ban, Huawei was Micron’s number one customer, and comprised 13% of its revenue in the first half of fiscal 2019. The restrictions have dragged down Micron’s earnings, that company said when it reported third quarter results this week.
“It had an impact because we could not ship at that time any product to them of nearly $200 million,” Micron CEO Sanjay Mehrotra told analysts on an earnings call.

Micron has found ways to still do business with Huawei. The company said it has been able to restart shipments of some products that are not covered by the export restrictions.
And the New York Times reported this week that Intel has also resumed sales to Huawei after finding a legal way to keep products from being labeled “American-made.” Intel declined to comment to CNN Business about that report.
American chip companies want to retain Huawei as a customer because if they don’t, they fear they’ll lose out to foreign suppliers who can continue working with the Chinese giant. US companies may also worry that other foreign customers could see them as unreliable because of their inability to sell to Huawei.
“Any Chinese company designing complicated circuitry based on US technology has to rethink its strategic plan out the next five-to-10 years,” Triolo said. He added that could mean that Chinese firms stop using American chips in their designs.
TM & © 2019 Turner Broadcasting System, Inc.
A Warner media Company.
All Rights Reserved.