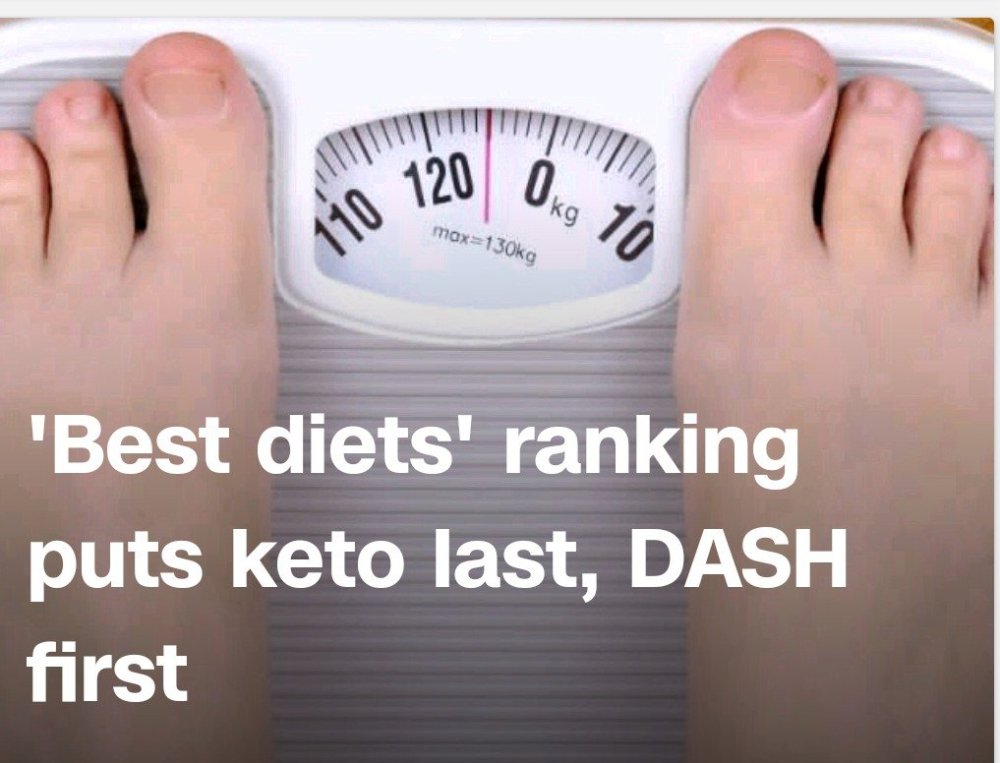 (CNN) – If you’re a fan of the “fat-burning” keto diet, you’ll be fired up about its ranking in the 2018 list of best diets from US News and World Report: It’s tied for last, along with the relatively unknown Dukan diet.
Both stress eating a ton of protein or fat and minimal carbs, putting the dieter into “ketosis,” when the body breaks down both ingested and stored body fat into ketones, which it uses as energy. People on such diets often deal with fatigue and light-headedness as they adjust to a lack of carbohydrates. 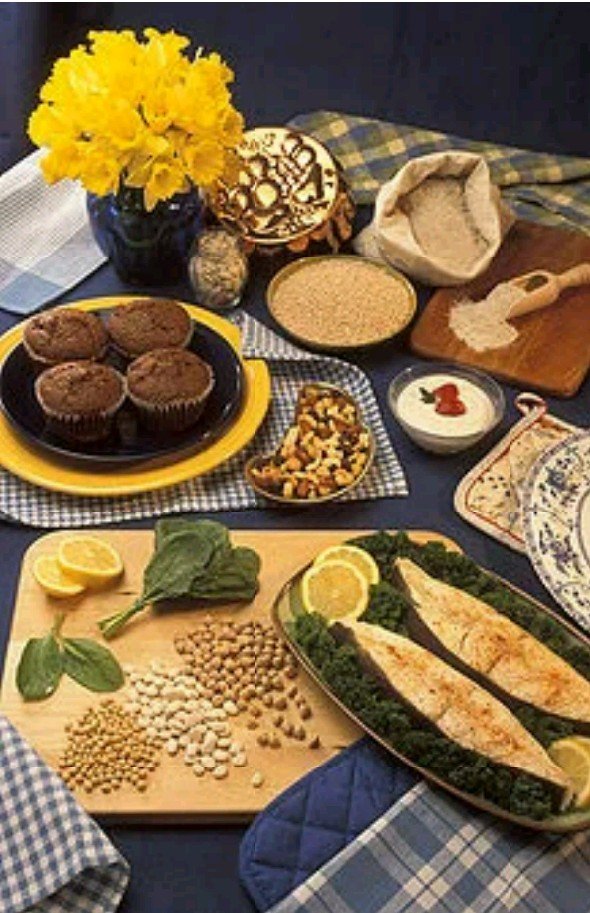 Though the experts on the US News and World Report panel that created the list said eating that way isn’t harmful short-term, they ranked the diets poorly on long-term weight loss success, ease of use and overall impact on health.
For the relatively new keto diet, the experts were especially concerned about extremely high fat content — about 70% of daily calorie intake — as well as unusually low carbohydrate levels: only 15 to 20 net carbs a day. The 2015-20 dietary guidelines for Americans suggest that 45% to 65% of daily calories come from carbs but less than 10% from saturated fat.

“When you are on the keto diet, you drastically cut your carbs to only 20 per day. That’s less than one apple!” said nutritionist Lisa Drayer, a CNN contributor. “The keto diet is just not sustainable over the long term. It doesn’t teach you how to acquire healthy eating habits. It’s good for a quick fix, but most people I know can hardly give up pasta and bread, let alone beans and fruit.”
The expert panel was particularly concerned for people with liver or kidney conditions, “who should avoid it altogether,” the report said, adding that there was not enough evidence to know whether the diet would help those with heart issues or diabetes. Because of the recommended “cycling” nature of the diet, taking breaks and then starting it again, experts also warn that hormones could fluctuate.
Another popular low-carb diet, Whole30, was also at the bottom of the list, just before keto and Dukan. Whole30 is a 30-day diet designed to end “unhealthy cravings and habits, restore a healthy metabolism, heal your digestive tract and balance your immune system,” according to its website.
The panel slammed the diet as having “No independent research. Nonsensical claims. Extreme. Restrictive.” and tied it with the raw food diet as “the worst of the worst for healthy eating.”

First place is a tie
For the first time, the well-researched Mediterranean diet moved into first place, tied with the DASH diet. DASH, which stands for Dietary Approaches to Stop Hypertension, has held the top spot for eight consecutive years. Both diets also tied for healthiest in the rankings.
“What I love about both the DASH and Mediterranean diets is that they offer guiding principles for eating, like eating more fruits and vegetables, as well as whole grains, fish, legumes, nuts and low-fat dairy foods,” Drayer said. “I personally love the fact that a daily glass of red wine is encouraged as part of the Mediterranean diet.”

The DASH diet is often recommended to lower blood pressure. Its premise is simple: Eat more veggies, fruits and low-fat dairy foods while cutting way back on any food high in saturated fat and limit your intake of salt.
The meal plan includes three whole-grain products each day, four to six servings of vegetables, four to six servings of fruit, two to four servings of dairy products and several servings each of lean meats and nuts/seeds/legumes.
Studies have shown that following this diet can reduce blood pressure in a matter of weeks.
The Mediterranean diet also ranked first on the US News and World Report list for easiest diet to follow, best plant-based diet and best diet for diabetes. It came in second for best heart-healthy diet, just behind DASH. 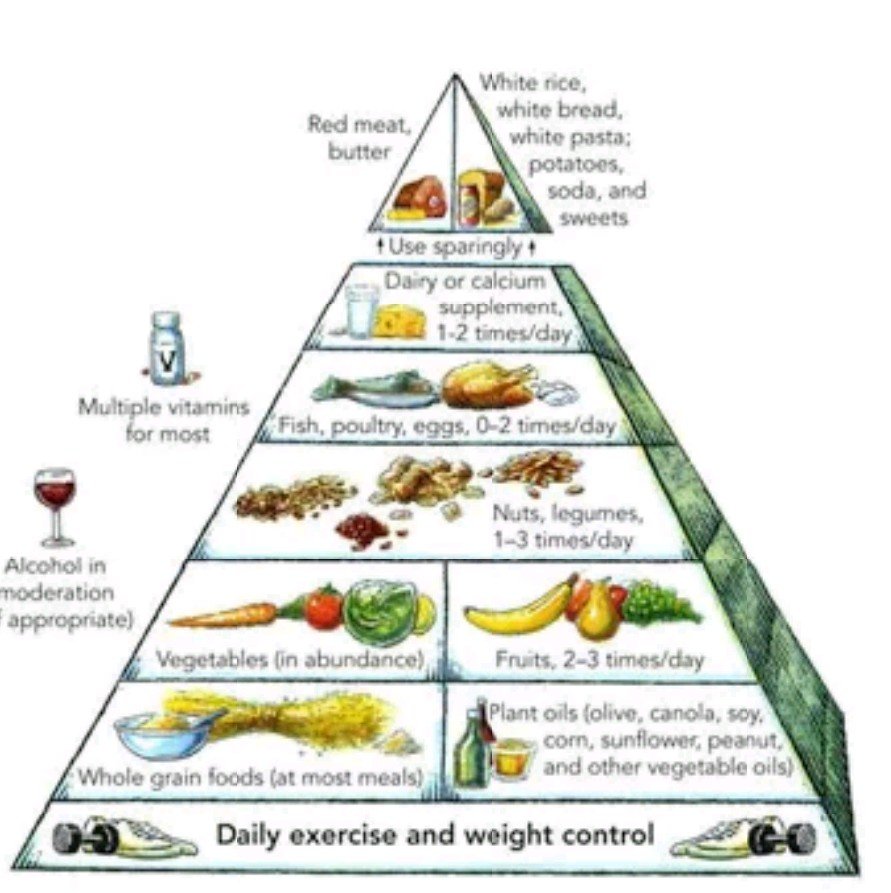 Meals from the sunny Mediterranean have been linked to stronger bones, a healthier heart, a lower risk of dementia and breast cancer, and longer life, along with a reduced risk for diabetes and high blood pressure.
The diet emphasizes simple, plant-based cooking, with the majority of each meal focused on fruits and vegetables, whole grains, beans and seeds, with a few nuts and a heavy emphasis on extra virgin olive oil. Say goodbye to refined sugar or flour. Fats other than olive oil, such as butter, are consumed rarely, if at all.

Meat can make a rare appearance, but usually only to flavor a dish. Meals may include eggs, dairy and poultry, but in much smaller portions than in the traditional Western diet. However, fish are a staple, and an optional glass of wine with dinner is on the menu.
The flexitarian diet came in third on the list of best overall diets for its emphasis on whole grains, fruits, veggies and plant-based proteins. It’s basically a vegetarian diet that allows the occasional piece of meat or fish, thus making it “flexible.”

The ever-popular Weight Watchers diet was ranked fourth, followed by the MIND diet, a combination of the Mediterranean and DASH diets that some may find a bit easier to follow, as it requires less fish and fruit.
Both the MIND diet and the Mediterranean diet have been shown in studies to lower the risk of Alzheimer’s disease.

Best weight-loss diets
Weight Watchers topped the list of best weight-loss and best commercial diet plans, and it tied with HMR for best fast weight-loss diet. HMR, the Health Management Resources program, involves purchasing meal replacements, such as shakes, nutrition bars and multigrain cereals, and adding vegetables and fruits to round out the meals.

Since 2015, Weight Watchers has been focused on its Beyond the Scale program. It is designed to help people move more and focus on overall well-being, including more “me” time, which includes mindfulness and self-compassion.
The US News and World Report expert panel — made up of 25 experts from major medical centers across the country — gave Weight Watchers top points for being healthy, also stressing the importance of support for dieters.
Pointing to a 2006 British Medical Journal study, the panel said that “programs like Weight Watchers that offer emotional support and group meetings lead to higher compliance than a do-it-yourself dieting.” 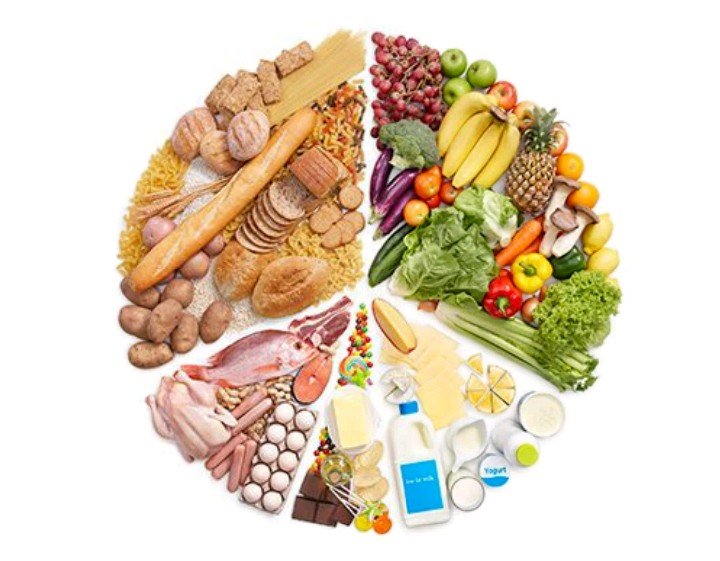 Drayer agreed: “I’ve always been a fan of Weight Watchers because it teaches you how to incorporate all types of foods into your diet, and it also offers a support component, which can be extremely beneficial.”
But whatever diet you choose, she recommends choosing the one that fits your lifestyle and that you can stick to over the long term.
“I always recommend meeting with a registered dietitian, who can take into account your health history, lifestyle habits, likes and dislikes, and develop an eating plan that is specific to your needs,” she added. “I also recommend checking with your doctor first before starting any new diet plan.”
TM & © 2019 Turner Broadcasting System, Inc.
A Warner media Company.
All Rights Reserved.