– Minister of labour and productivity, Chris Ngige, said Boko Haram and IPOB are symptoms of unemployment in Nigeria; and if not curtailed, the whole country will be consumed with social unrest

– Ngige, however, pointed out that the government was not doing enough to address the scourge; stating that government would fashion out ways and means to deal with unemployment

– The minister said if not for President Buhari, Nigerians would have all dispersed into neighbouring countries 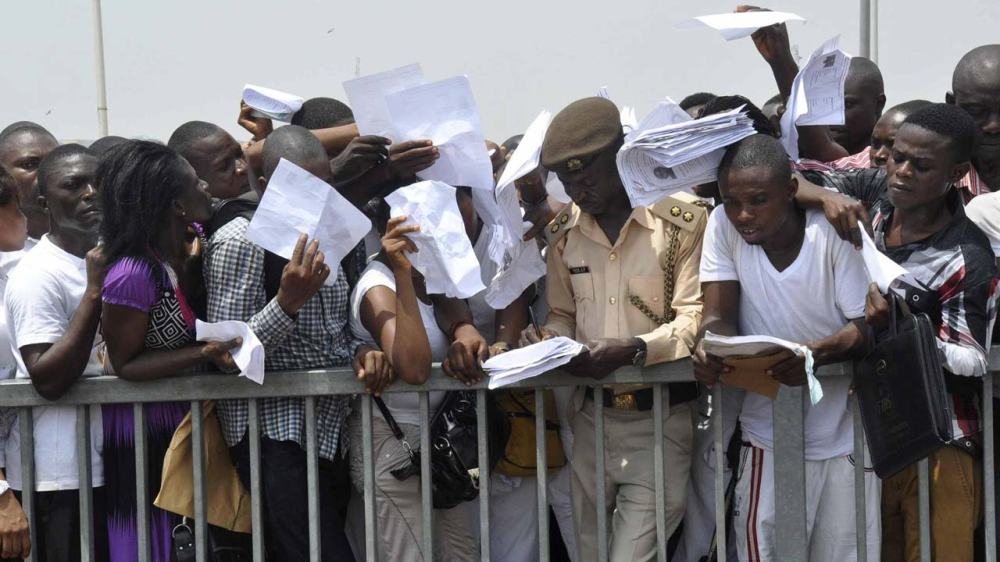 Serious concerns have been raised over the rising rate of unemployment in Nigeria by the federal government which said over 15 million Nigerians are looking for white collar jobs.

Expressing concern over the situation during a chat with some newsmen in Enugu on Monday, October 14, the minister of labour and productivity, Dr Chris Ngige, said government was worried by the increasing rate of unemployment in the country, The Nation reports.

He said: “Unemployment is growing into a very vicious disease condition that has given rise to a lot of anti-social behaviour. And government is seriously worried because if we don’t confront unemployment head on with many measures which we are fashioning now, then the whole country will be consumed with social unrest.

“Same goes for banditry in the north-west. Same goes for kidnapping all over the country — north-west, north-east, north-central, south-east, south-south and south-west.

“Avengers — the destruction of pipelines, OPC, all these are symptoms of very serious underlying disease condition called unemployment.”

Ngige, however, pointed out that the government was not doing enough to address the scourge; stating that government would fashion out ways and means to deal with unemployment.

He said: “We are doing something, but I think what we are doing is not enough. Government has used diversification into agriculture to fight unemployment. Yes, it was successful where people agreed to turn themselves into farmers.

“We have also used ad hoc procedures like N-Power programme. It is like a drop of water in the ocean. We have employed through that process 500,000 people, about half a million. But we have those searching for white collar jobs in the neighbourhood of about 15 million.

“So, we have to do something — to teach people new vocations, new skills, so that not everybody will be going for white collar jobs. Even if you have a university degree, you can be taught some skills so that you employ yourself or even get employed somehow. So, we are going to do that or it is on the table.

“We were lucky President Muhammadu Buhari came in. If not, we would have all dispersed into neighbouring countries. We would have had social unrest that would be internecine and by now, we would not have solved it.

“So, we are on with our thinking caps.”