Parents should pay attention to kids’ bedtimes as well as making sure they get enough hours of sleep, experts have warned, with new research showing a link between children going to bed later and unhealthy weight gain.

According to research being presented at the Australasian Sleep Association conference on Friday, primary school aged children with a bedtime after 9:30pm gain more weight than those who are put to bed at 7pm. 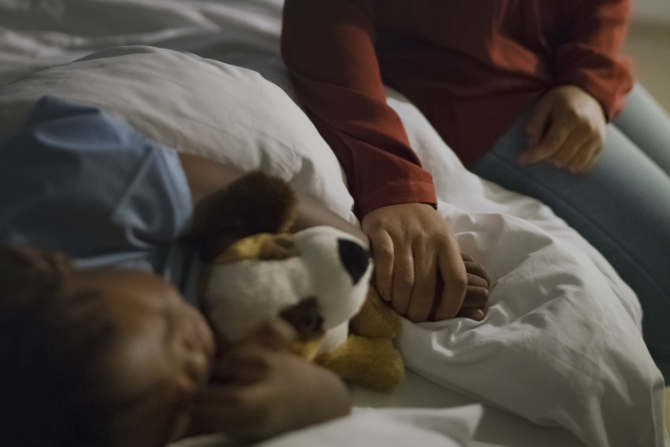 Researchers from James Cook University and the University of Queensland analysed data from 1250 primary school aged Aboriginal and Torres Strait Islander children involved in the Australian Longitudinal Study of Indigenous Children. The children were aged five to eight years when the study started, and followed over a four-year period.

Lead researcher Dr Yaqoot Fatima said it was important to note that the results did not vary based on how many hours of sleep a child was having, with the late sleepers reaching an average of 9.5 hours each night, within the nine to 11 hours recommended for their age group by the Sleep Health Foundation.

“Most of the research talks about sleep duration, but very few look at timing as a potential risk factor,” Dr Fatima said, adding that further research will be needed to determine why timing appears to play a role.

Although the study only focused on Indigenous children, the results can be extrapolated to the broader population, said Dr Chris Seton, a paediatric and adolescent sleep physician at the Woolcock Institute of Medical Research.

“If kids don’t sleep well they will be more tired and they won’t exercise as much, but it goes beyond that, it affects what they choose to eat just like it does adults,” Dr Seton said.”Would you think your eight-year-old would be more likely to choose poor food if they’re tired? It’s true, but it’s often not on parents’ radar.”

Children’s sleep habits in Australia are getting worse, with 2018 research by the Woolcock Institute finding two in three teenagers were chronically sleep-deprived (tired every school day, although sleeping in on weekends to catch up), up from one in three 15 years earlier.

Dr Seton said children being “overscheduled” with extra-curricular activities, stress and screen use were leading to worse sleep habits, and parents should be treating their children’s sleep health as seriously as the adult population has started to treat its own.

“The main thing is their mental health: things like depression, anxiety, suidicality, all of these things are amplified by poor sleep … the obesity link is important but, in the list of concerns, it’s not near the top.”