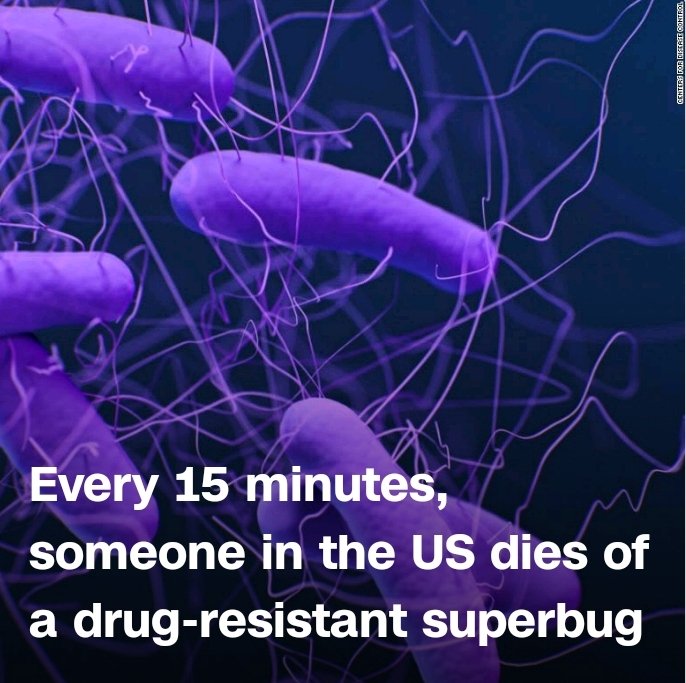 (CNN) – Every 15 minutes, someone in the United States dies of a superbug that has learned to outsmart even our most sophisticated antibiotics, according to a new report from the US Centers for Disease Control and Prevention.
That’s about 35,000 deaths each year from drug-resistant infections, according to the landmark report.
The report places five drug-resistant superbugs on the CDC’s “urgent threat” list — two more germs than were on the CDC’s list in 2013, the last time the agency issued a report on antibiotic resistance. 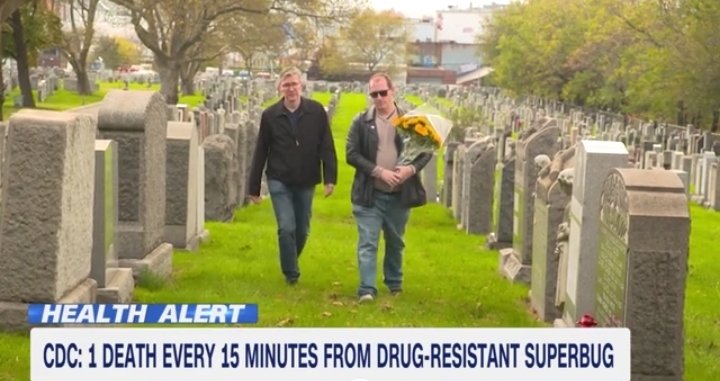 Genetic research shows germs have become especially adept at teaching each other how to outwit antibiotics.
“Some miracle drugs no longer perform miracles,” according to the report.
The report also notes that while superbug infections in hospitals are down, some infections caught elsewhere — anywhere in the community — have increased. 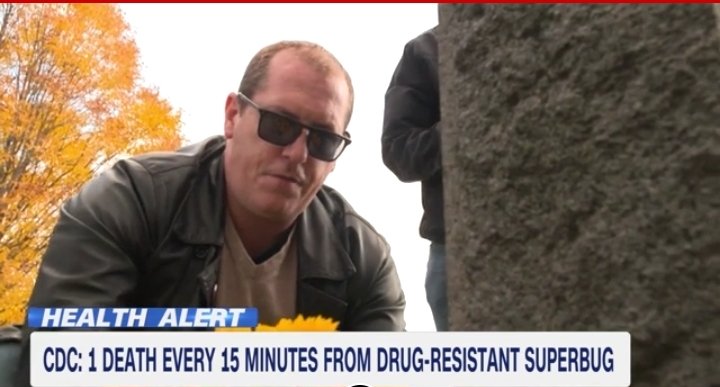 “This is a problem that ultimately affects all of us,” said Michael Craig, a CDC senior adviser on antibiotic resistance. “It literally has the potential to affect every person on the planet.”
Anyone can catch a superbug anywhere
While superbugs typically attack frail, elderly people, anyone can contract a superbug.

Peggy Lillis was a healthy, vibrant 56-year-old teacher in Brooklyn, who woke up one morning 10 years ago with severe diarrhea.
“Being a kindergarten teacher, she just assumed that she caught something from one of the kids or maybe she had food poisoning. She did not think it was a serious threat. None of us did,” remembers her son, Christian Lillis.
Five days later, Peggy was so sick she could barely move.

Doctors immediately admitted Peggy to the intensive care unit. She had Clostridioides difficile, or C. diff, one of the urgent threats on the CDC’s list.
Peggy kidneys were starting to fail, and she was going into septic shock.
The hospital gave Peggy an antibiotic called vancomycin, both intravenously and by enema. But she died the next day — less than a week after becoming ill.
“The doctors at the hospital where she was treated — they did everything they could for her,” Christian said. 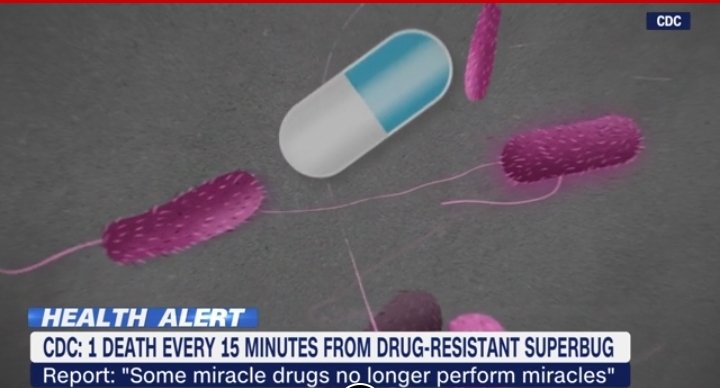 “But bacteria are evolving at a rate that we are not keeping up with.”
Christian says they’ll never know exactly where or when his mother picked up the C. diff bacteria.
According to the CDC, a C. diff infection is usually a side effect of taking antibiotics, which along with killing bad bacteria, can also kill the good bacteria that help fight infections. People taking antibiotics are 7 to 10 times more likely to get C. diff while on the drugs and during the month after. 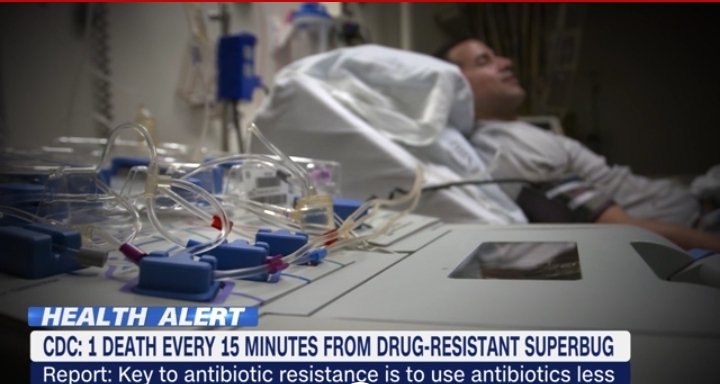 Two days before she became ill, Peggy’s dentist had prescribed an antibiotic called clindamycin to prevent infection following a root canal.
Peggy’s autopsy lists her cause of death as illnesses “as a consequence of antibiotic therapy for a dental procedure.”
Now her family questions whether that preventive antibiotic was necessary. 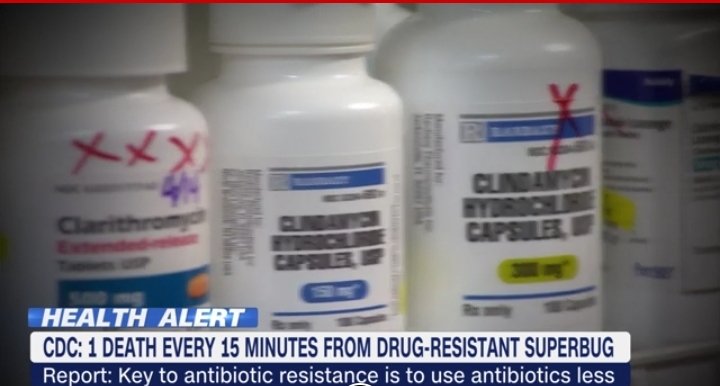 Christian and his brother, Liam Lillis, hope to educate others about C. diff through the Peggy Lillis Foundation.
“My mother was probably the best person I’ve ever known in my life,” Christian said. “What we will not accept is that our mother’s death is going to be in vain.”
Five superbugs on the urgent list
C. diff is the deadliest antibiotic-resistant germ on the CDC’s urgent list, causing 12,800 deaths a year in the United States. 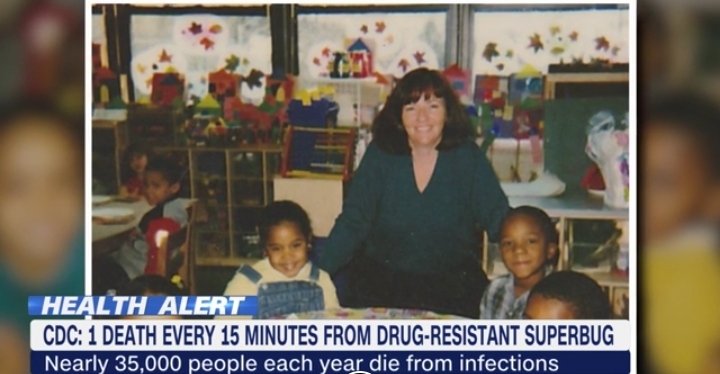 The other two germs on the urgent list since 2013 are carbapenem-resistant Enterobacteriaceae, or CRE, and drug-resistant Neisseria gonorrhoeae, a sexually transmitted infection.
This year, the CDC added two more: a bacteria, carbapenem-resistant Acinetobacter, and Candida auris, a fungus.
The report classifies 11 additional bacteria and fungi as serious threats, two as concerning, and four others are on the agency’s “watch list.” 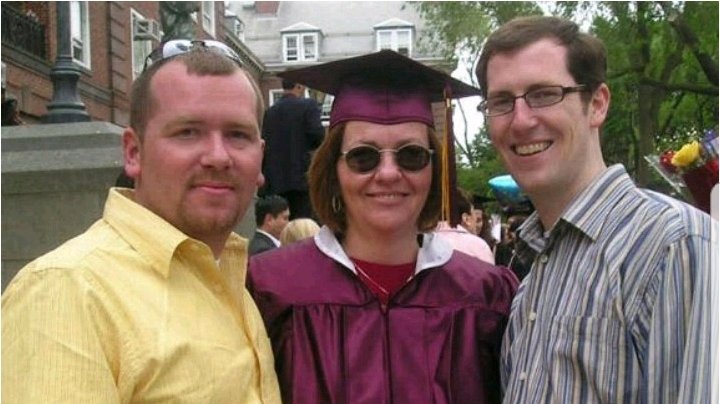 The number of deaths from these antibiotic-resistant germs has gone down 18% since the 2013 report, largely due to a significant decrease in superbug deaths in hospitals from 2012 to 2017.
“CDC recognizes that hospital prevention programs have already seen successes,” according to the report.

There’s still room for improvement, however: About 85% of deaths from drug-resistant germs are caused by germs typically found in hospitals and other health care facilities, such as nursing homes.
The CDC report notes that for the first time, the agency used electronic medical records to calculate antibiotic-resistant infections and deaths. This led them to discover that the number of infections and deaths since 2013 was higher than previously estimated. 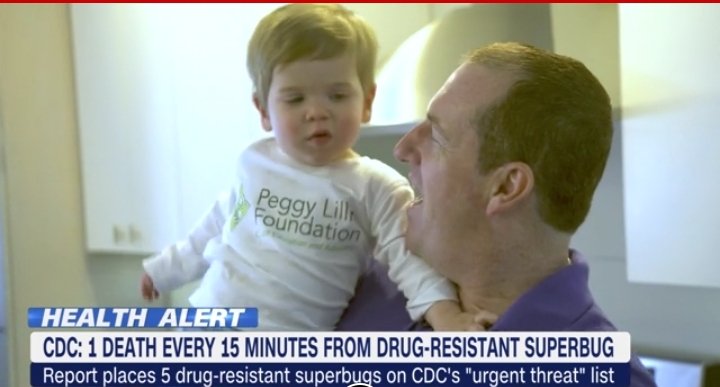 While the situation in hospitals has improved, some superbugs outside the hospital are on the rise.
“The CDC is concerned about rising resistant infections in the community, [which] puts more people at risk and makes spread more difficult to identify and contain — and threatens the progress made to protect patients in healthcare,” according to the new report.
Some superbugs circulating in the community have figured out how to “teach” each other how to fight off antibiotics by sharing their resistance genes with each other.

“It’s essentially crowdsourcing,” Craig added. “They can crowdsource their resistance to other germs.”
FIghting antibiotic resistance
The answer to the antibiotic resistance crisis is not more powerful antibiotics, according to the new report.
Antibiotics are slow to come to market, and germs will one day render them ineffective anyway, CDC Director Dr. Robert Redfield notes in his introduction to the report.

“We need to adopt aggressive strategies that keep the germs away and infections from occurring in the first place,” Redfield wrote.
The key is to use antibiotics less. With less exposure, germs have fewer opportunities to learn how to fight them.
CDC estimates that about a third of prescriptions for antibiotics in emergency rooms and doctors’ offices were given for infections that didn’t need them. That’s 47 million unnecessary antibiotic prescriptions each year. 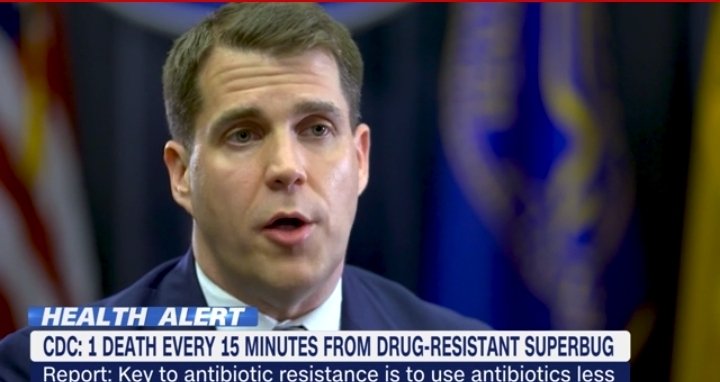 Some experts blame doctors for giving in to patients’ demands for antibiotics for infections that aren’t caused by bacteria, such as viral sore throats and sinus infections.
Craig noted that better tests and tools need to be developed, since currently it can be difficult for doctors to determine whether a patient needs an antibiotic.
“We don’t have good diagnostics for certain infections, so we can’t always tell if someone has a viral infection or a bacterial infection,” he said. 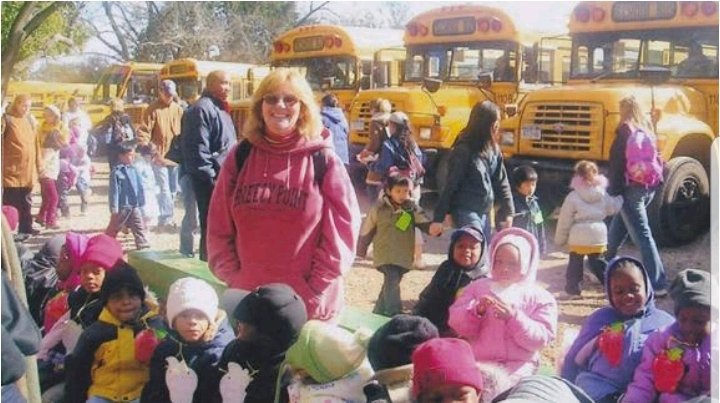 Dr. Anthony Fauci, the director of the National Institute of Allergy and Infectious Diseases, points out that whether it’s overuse in humans or animals, since antibiotic resistance is largely a man-made problem, it requires man-made solutions.
“We are the problem. We have seen the enemy, and it is us,” he said.
But Fauci added that if doctors, patients and public health officials work together, it will be possible to stem the tide of antibiotic resistant infections.

“I think we can. I really do,” he said. “But it’s going to require a global, concerted effort.”
TM & © 2019 Turner Broadcasting System, Inc.
A Warner media Company.
All Rights Reserved.