(CNN) – Australian Prime Minister Scott Morrison may have thought a visit to a fire-ravaged town would help boost his image after a series of stumbles in handling the country’s bushfire crisis.
That plan backfired Thursday in Cobargo, in the state of New South Wales, where residents made no bones about their anger.

“You won’t be getting any votes down here, buddy. You’re an idiot. Who votes Liberal round here? Nobody. No Liberal votes. You’re out son. You are out,” one man said, referring to Morrison’s conservative party, according to footage from CNN affiliate Nine News. “Go on, piss off!”
Another woman called the Australian leader a “d*ckhead,” while yet another said she would only shake his hand if he agreed to give more money to the country’s volunteer firefighters. The embarrassed Prime Minister could do nothing but get back in his car and drive away.

Deadly blazes have torn through huge swaths of Australia’s east and south for months now, in the most brutal fire season seen there in years. Across the country, 23 people have been killed and about 6 million hectares (23,000 square miles) of bushland — around the same size as Croatia — have burned out.
The devastation and persistent clouds of toxic smoke hanging over major towns and cities are begging the question, can Australia’s way of life go on? 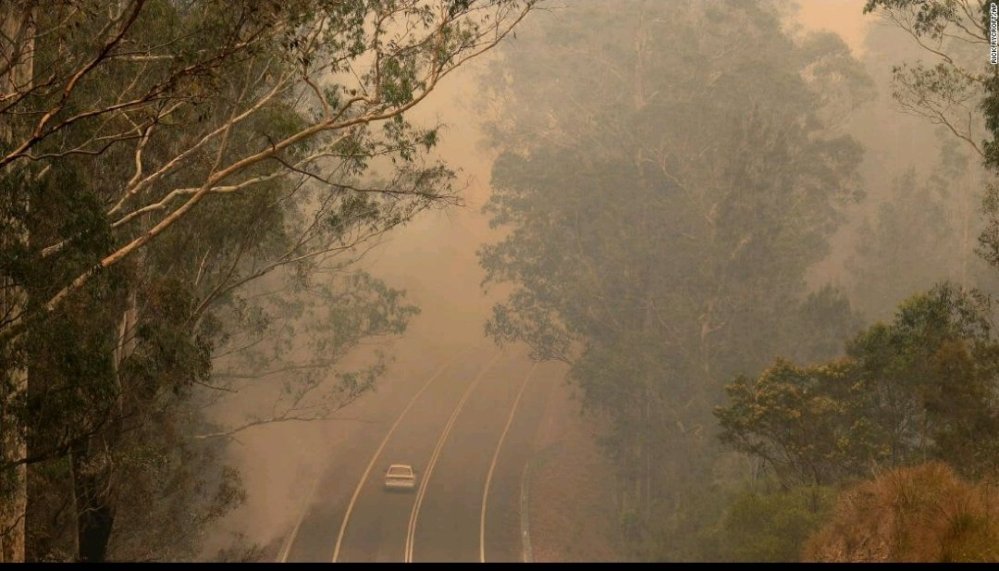 The environmental situation won’t change quickly, but in the dog-eat-dog world of Australian politics, the country’s leadership is something that could change overnight. Climate and energy policies can make or break a leader.
Morrison could be in trouble over the fire crisis. He was forced to return from a family holiday when the Australian media questioned why he was vacationing in Hawaii as so much of the country burned. He took weeks to declare a state of emergency, releasing a highly controversial religious discrimination bill at a news conference instead, while journalists fired tough questions at him over a lack of funding for volunteer firefighters.

Morrison — once a climate change skeptic who literally sang praises to a lump of coal in the Australian parliament — should be worried about what people think of him in towns like Cobargo. The constituency has swung between the Liberal party and its center-left Labor rival several times since the 1940s and is one of Australia’s most reliable bellwether seats.

Most Australians want tougher action on climate change, according to the Australian Institute’s Climate of the Nation survey. Some 81% of Australians are concerned that global warming will result in more droughts and flooding, while 64% think Australia should have a national target for net zero emissions by 2050.
Yet this concern doesn’t seem to translate at the ballot box. Australia has voted for a conservative Liberal-National coalition government with a poor record on climate change for the last three elections, even reinstating Morrison as leader last May.

Australia lacks a robust climate change policy, while the Morrison government stands accused of trying to use accounting trickery to meet the country’s emission reduction targets under the Paris Agreement — targets that critics say are too low in the first place — while it also commits to new fossil fuel projects.
Australia’s political inaction on climate change can be hard to understand. Famous for its natural beauty, the country suffers annual fires and intense drought. It is regularly smashing heat records, and its rain patterns are becoming less predictable. Its seasons are beginning to look a little back to front — wildfires began in 2019 at the end of August, during the Australian winter. 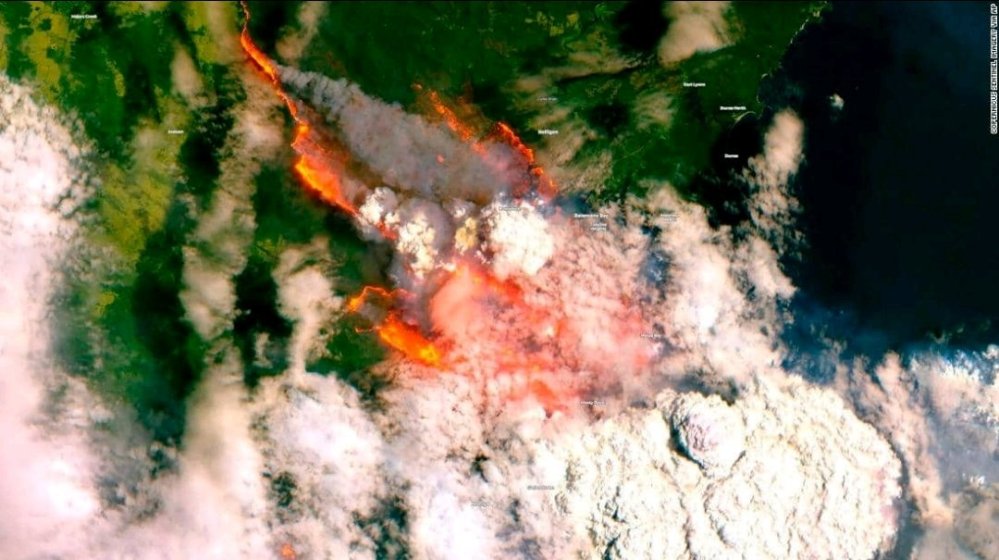 About 85% of Australians live within 50 kilometers (31 miles) of the coast, so projected sea level rises would have a dramatic impact on the way Australians live, studies show. Many Australians have also never experienced such intense fires as close to the coast as they have this summer. The country’s biggest city, Sydney, has been shrouded in smoke more than 10 times hazardous levels on several days in the past two months. Its capital, Canberra, had the worst air quality in the world on Thursday, according to air pollution indexes.

A study of the 2019 election by the Australian National University offers some insight into why Australians vote the way they do.
Concern for climate change has never been so high in the country. Twenty-one percent of voters said either global warming or the environment were the most important issue affecting their vote. But out of 10 issues, it still comes third after economic management and the country’s medical system. 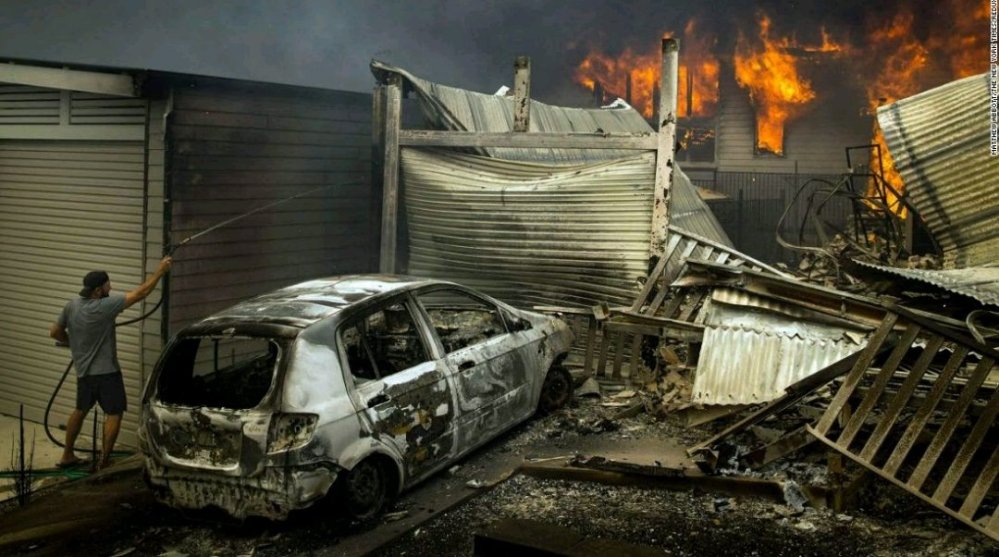 Labor is slowly losing its working-class votes to minor parties and, to a lesser extent, conservative alternatives. Older Australians are more likely to vote for the Liberal party, and Australia’s population is aging.
Although wages are starting to stagnate, life has been prosperous in Australia for a long time — it is the only place on earth that has sustained economic growth for 28 years running.

Beaches look like war zones
Economics aside, Australia’s climate and natural beauty makes its cities, like Sydney and Melbourne, some of the most liveable in the world.
But that too is under threat. The beach, barbecues and sports that make up the Australian summer, and arguably part of its identity, have all been affected by the fires.
In Mallacoota, a small town in the southern state of Victoria, the population usually swells from about 1,500 to 8,000 during the Christmas period, as families with holiday homes and tourists swim, surf and sunbathe on the white sand beaches with azure waters. 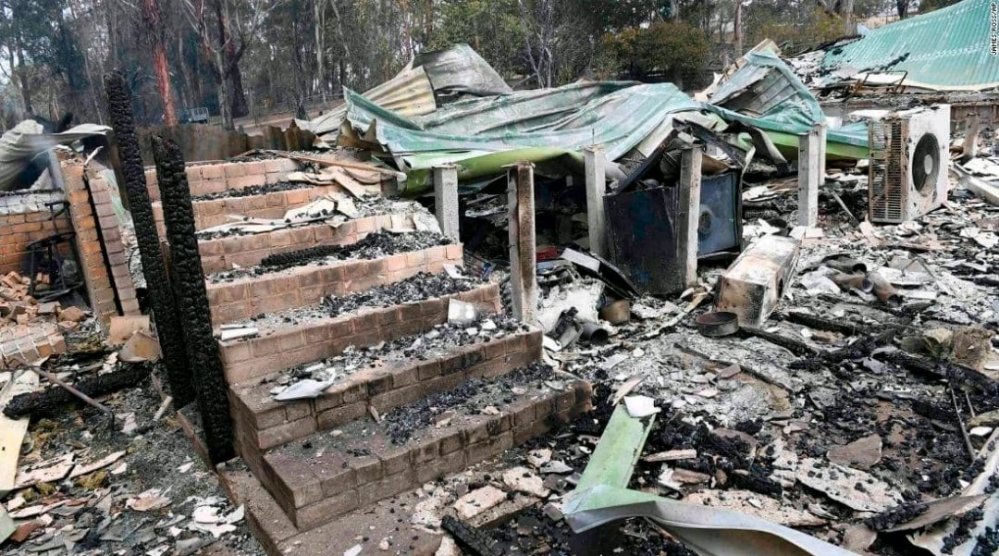 On New Year’s Eve, those beaches weren’t white and blue, but rather an “apocalyptic” red, as one resident put it, with about 4,000 people fleeing to them to escape a raging inferno.
Better-known beaches, like Bondi in Sydney, have been unswimmable for much of the summer, as the air quality soared to hazardous levels. Many commuters now don face masks like they do in Beijing, which experts say do little to keep toxins out.
Barbecues, another favorite Australian pastime, are banned in many areas, and sporting officials were monitoring the air quality ahead of the ATP Cup tennis tournament and a cricket Test match between Australia and New Zealand in Sydney this week. 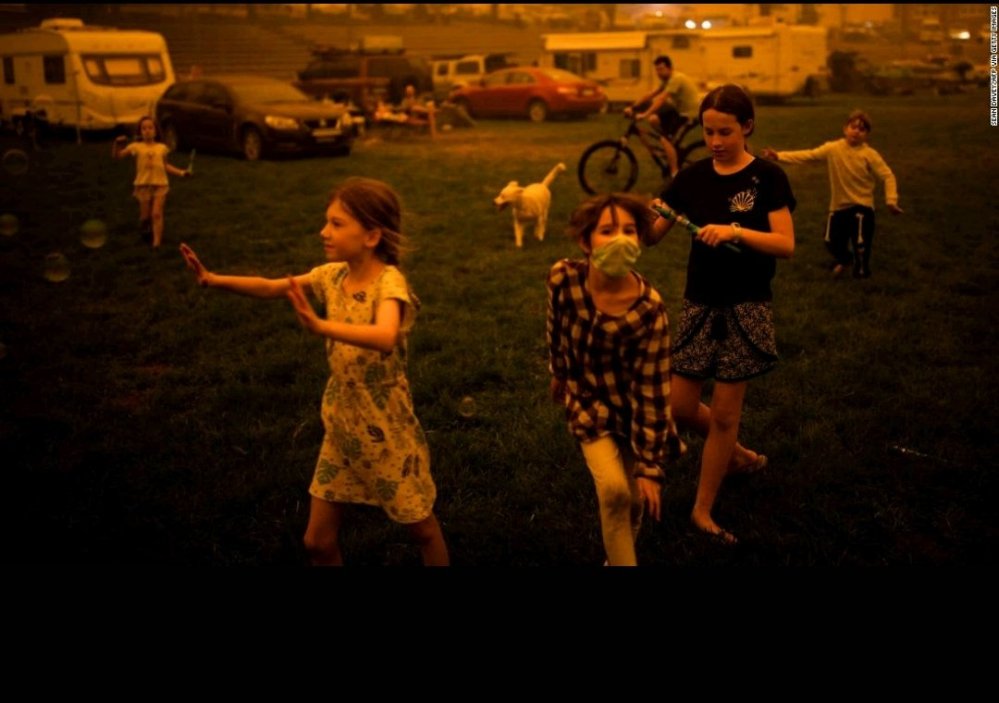 If Australians want to retain their quality of life, they must consider climate change policies that not only address fires, but also other pollutants, such as traffic and industry, according to Ilan Kelman from the University College of London’s Institute for Risk and Disaster Reduction.
Kelman pointed to London’s Ultra Low Emissions Zone policy as a good example of a city that has addressed traffic pollution, by charging people who drive into the city center and by investing in clean-energy public transport.

“People make the decision to live in a mega-city, whether Sydney or London, and we know these risks come. And if we choose to live there, we should be convincing our politicians, and electing our politicians, who will deal with air quality, as London has done,” he said. “Otherwise, they’ll have to accept all these life impacts which bad air brings.”
TM & © 2020 Turner Broadcasting System, Inc.
A Warner media Company.
All Rights Reserved.