If the events in recent times are anything to go by, they should teach parents the need to by all means protect their daughters from rape. Rape brings not just physical harm but also emotional injury. It subjects its victims to a life of trauma and stigmatisation; many victims have even been forced to commit suicide because they could not heal.

In the past few weeks in the country, the issue of rape has been on the front burner when on May 27, a 100-level Microbiology student of the University of Benin, Uwaila Omozuwa, was allegedly raped and murdered inside a church where she went to study in Benin City, Edo State.

Her killing sparked protests on the streets of Benin City, as well as in Lagos and Abuja; may other Nigerians expressed outrage on social media, with the hashtag #JusticeforUwa, trending on Twitter for days.

Politicians, celebrities, activists and other public figures also called for justice over Uwa’s rape and murder, resulting in the President, Major General Muhammadu Buhari (retd), calling for an investigation into the victim’s death and ordering the arrest of the masterminds.

The teenager, studying for a National Diploma programme in Science Laboratory Technology, was reportedly attacked at her home in the Akinyele area of Ibadan. Her body was reportedly found in a pool of her own blood at the back of the house.

A few days later, a 12-year-old girl was allegedly gang-raped by four masked men at her residence in the Abijo area of Ajah, Lagos State. The victim was said to be playing alone in the compound when the rapists committed the dastardly act, leaving the victim bleeding from injuries she sustained in her private parts.

Her parents were said to have gone out when the perpetrators jumped inside the compound and raped the teenager.

The incidents spurred many women and girls to speak out on their rape experiences which occurred either in the past or recently.

By Monday, the Inspector-General of Police, Mohammed Adamu, said a total of 717 rape cases were reported nationwide between January and May this year. Adamu disclosed that 799 suspects were arrested in connection with the cases.

What You Should Know about Getting Pregnant after 35

Although the Federal Government in 2015 enacted the Violence Against Persons (Prohibition) Act – aimed at banning all forms of violence and providing justice for such crimes – activists said much needed to be done to put the law to work. Some of them have since called for the domestication of the anti-rape law.

But while this is in the pipeline, it is perhaps important now, more than ever before, for parents and guardians to protect their daughters from potential rapists. By this, they will be saved from the trauma and stigmatisation that often follow rape.

Discuss sex education with your children

In an article they wrote in The Guardian in April 2013 – Nobel laureate, theologian and human rights activist, Desmond Tutu; author and social entrepreneur, Jacob Lief; and writer, Sohaila Abdulali – suggested that the first step to protecting the girls from rape was for parents to discuss the subject with them.

They said even though governments should step up to tackle rape, however, much of the responsibility of tackling rape was on parents.

In the article titled, To protect our children, we must talk to them about rape, the authors wrote, “Yes, governments should step up, but so should we. We must not be squeamish about bringing this issue to the dinner table”.

In the wake of increasing rape incidents in countries such as India and South Africa, the authors pondered why some men would commit rape and still torture and murder their victims.

“Why did the gang rapists in Ohio (two Steubenville, Ohio football players raped a teenage girl at a party in August 2012 and found guilty in March 2013) feel safe boasting on camera about what they had done?

“Why do too many Indians dehumanise women, and too many South Africans believe that men are just intrinsically badly behaved and programmed to rape? Who do we think these sub-human women and out-of-control men are?

“They are us and, if we are not careful, they will be our children. We do not have the answers, but we should all be asking the questions, and we should include our sons, daughters and all the young people in our lives in our discussions. We need to stop behaving as if it’s all a terrible problem out there, and start talking about it with each other and with our children,” they wrote.

Describing rape to be utterly commonplace in all cultures, the authors decried that many parents were too silent about it in the home.

They said, “We are guilty of protesting articulately outside but leaving it on the other side of the door when we sit down to dinner with our families. Until rape, and the structures – sexism, inequality, tradition – that make it possible, are part of our dinner-table conversation with the next generation, it will continue. Is it polite and comfortable to talk about it? No. Must we anyway? Yes.

“It seems daunting. But which is more painful: talking sensibly with young people about this issue, the same way we might talk with them about drugs, guns or bullying, or waiting for something terrible to happen so close to home that you have to address it in a time of turmoil?

“Children can seem fragile, and adults often have the mistaken notion that telling children about harsh realities will destroy their innocence. But you do not lose innocence when you learn about terrible acts; you lose your innocence when you commit them. An open culture of tolerance, honesty and discussion is the best way to safeguard innocence, not destroy it.

“Yes, policies should change, laws should be just. But if we want to make a fundamental difference, all of us must bring the conversation home. It is our opportunity to start to create true change. It might not be polite and comfortable, but it is essential. We owe it to our children.”

Sex therapists and HuffPost contributors, Lorelei Sharkey and Emma Taylor, also stated that protecting the girl child should start from when they were young.

They said one of the first things parents should stop doing was dividing boys and girls into “us vs them” groups.

“That tendency (of division) prevents us from realising how girls and boys are far more alike than they are different and ultimately promotes harmful, limiting stereotypes.

“It’s a bad habit we fall into before kids are even out of the womb, gendering clothes and baby rooms, even altering the way we talk to them through tummies. Dividing them into two different, distinct groups automatically creates out-group animosity, which casts the ‘other’ as foreign, antagonistic, and inferior –but boys don’t get the balancing effect of being taught to be likeable, agreeable, and kind the way girls often are,” they said.

Rather than encouraging girls to be mild-mannered, agreeable, courteously quiet and space-saving, Sharkey and Taylor advised parents to teach them to have a big voice and to use it.

“Make sure they know if something ever makes them uncomfortable, they have every right to firmly say so and/or walk away from the situation,” they said.

Enrol them for martial arts

Another way to protect girl children from potential rapists is to enrol them for martial arts.

“Ban most Disney princess movies and Barbie; instead enrol them in a martial arts class that emphasises strength, independence and self-defence. Prove to them that what is in their hearts and minds is always infinitely more important than their appearance by avoiding talk about how cute they are, how good they look, or what nice clothes they have and instead ask them about their actions and opinions.

“Otherwise you get girls who are disproportionately interested in the confirmation by others, especially boys, of their beauty and eventually their sex appeal, often at the expense of their self-esteem – and who are thus ill-equipped to effectively fight back against rape culture,” they said.

Tell them to respect bodily boundaries

The writers also advised parents to teach their children to respect their bodily boundaries and to respect those of others.

“Don’t make them hug friends or family members if they don’t want to, even if you’re just trying to get them to do something nice and loving. When you hear little kids or siblings playing/fighting/annoyingly touching each other and one of them says, ‘Stop,’ immediately intervene and explain, ‘They said stop, you’ve got to respect their wishes and stop, even if you’re just playing.’ This is the kid version of ‘No means no,’” Sharkey and Taylor said.

“It becomes more about performance than pleasure, more about sexiness than sexuality, and more about selfishness than caring reciprocity. While you should monitor and restrict their browsing habits, you won’t be able to keep all less-than-positive depictions of sex away from them, so you’ve got to talk with kids regularly about fantasy versus reality.”

Teach them to condemn body shaming

“Learn to recognise instances when advertising makes a woman’s (or man’s) body into an object. Discuss this reality with your children and encourage them to think about people’s thoughts and feelings when they see images in the media and other outlets,” they said.

“Parents can help their children recognise and avoid the erroneous and harmful attitudes surrounding sex, power, control, and coercion. Teach children to respect their bodies, instincts, and emotions. At the same time, give them tools to recognise and respect the same thing in others. Perhaps by doing so, we can shift the dialogue and begin to create a culture that fosters healthy boundaries and ends all forms of sexual violence,” they added. 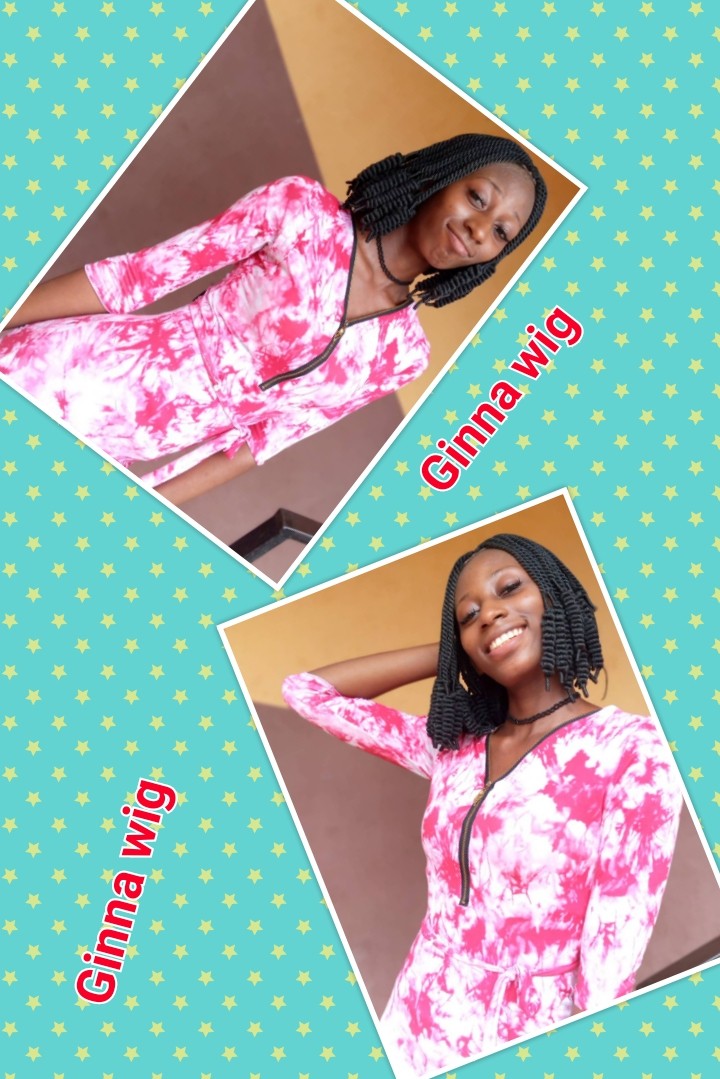 A Lagos-based psychologist, Dr Tinuola Adewale, said that when a girl was sexually assaulted, the best things parents could do was to listen to, believe and support them.

She said, “It is saddening when you hear of rape cases wherein even the parents don’t believe their children. I have seen such cases, especially when the perpetrators were close family friends and relatives. Some parents silence their daughters when this happens and it’s unfortunate.

“Also, no matter what or who is concerned, rape should be reported. Reporting increases the likelihood that the perpetrator will face the consequences of their actions.”