‘Osuofia Goes to Miami’, a sequel to a 2003 blockbuster movie ‘Osuofia in London’, has been set for a 2021 debut, featuring Nkem Owoh, a veteran actor, after whom the film is named.

Charles Okpaleke, a Nigerian moviemaker, who broke the news via his Instagram page on Friday, said the production is being handled by Play Network Studios, his film production brand.

“One thing I can assure you is when cinemas return, we’ve got it all lined up for the viewers till 2023! It’s called back to back! Let’s tell our stories the right way,” he wrote.

It is understood that the sequel will be directed by Agozie Ugwu. 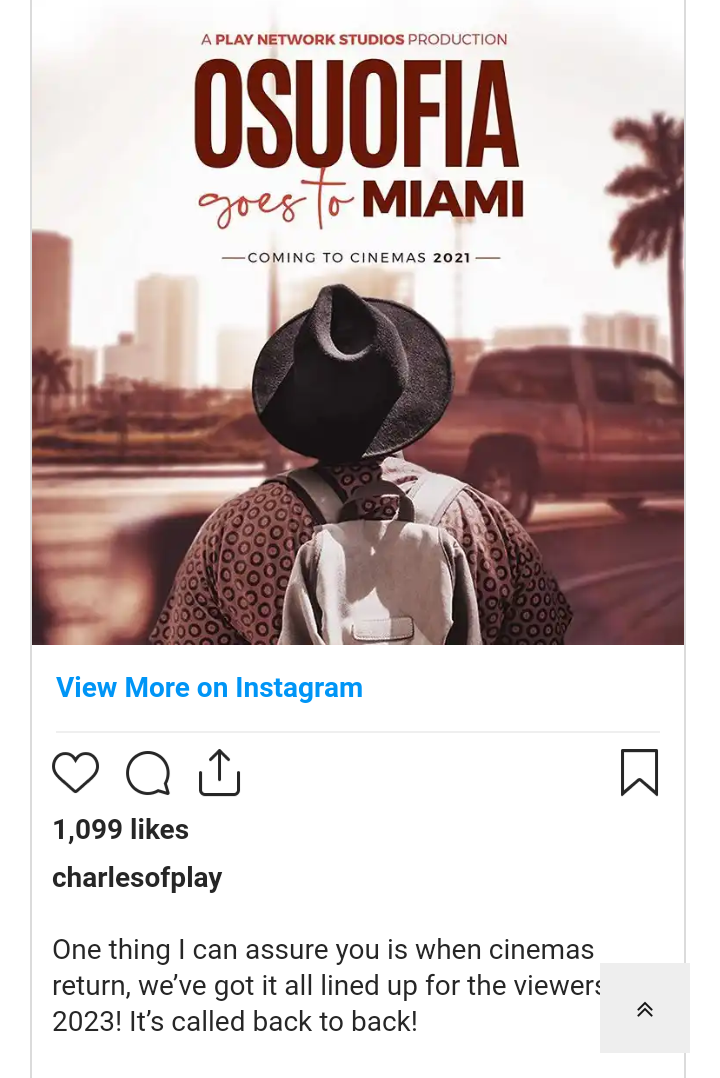 ‘Osuofia in London’, which debuted 17 years ago, is a comedy produced by Kingsley Ogoro.

It became one of the highest-selling movie of its kind and was followed by a 2004 sequel of the same name.

The movie follows the story of a villager who visits London following the demise of his brother but his attempt to marry his brother’s fiancee in accordance with Nigerian customs results in a conflict.

Owoh, who has played the central role since the film’s inception, had last starred as Chief Godswill in ‘Lionheart‘, Genevieve Nnaji’s directorial debut movie, which has since received multiple accolades.